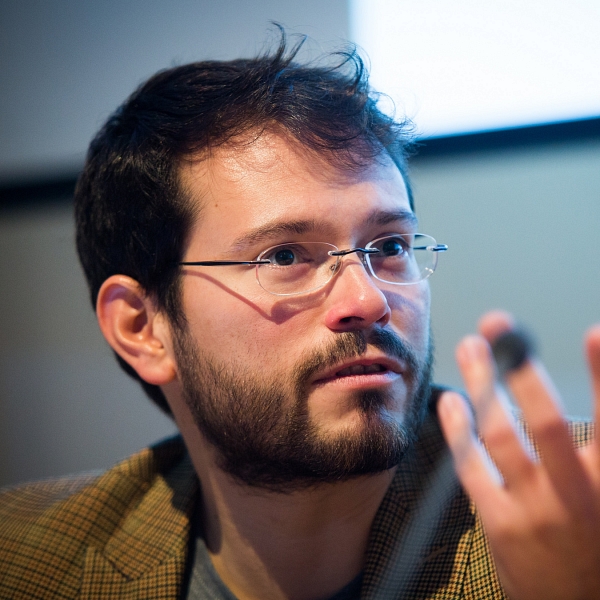 Nikos studied Computer Science and Electrical Engineering in Athens then moved to Japan for an MDes in Design Strategy. For the past seven years he has been working for the BBC as an engineer and a developer advocate. Browsers run his code every time a BBC page is visited and his work has been in city wide projects in Fukuoka Japan, published in ADADA 2009 Tokyo and Siggraph 2010 LA. Projects span from AR, dataviz, indoor GIS, load testing and web geo location services. As part of the BBC UX&D GEL team Nikos is working on bringing the disciplines of Design and Engineering closer together. His alter ego draws comics every night.